The Most Interesting Man in the World 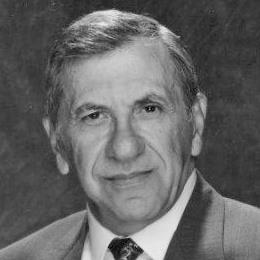 There’s a commercial you may have seen on television at some point that begins, “This is the most interesting man in the world.” They got the wrong guy. The most interesting man in the world was my dear friend, the late Dick Milham. Dick had the most remarkable combination of intellect, insight and humor of any person I have ever known and having him as a friend and mentor was one of the great joys of my life. He had enormous energy and, like many successful people, slept only a few hours each night. I often received emails from him that he sent at 4:00 in the morning!

I first met Dick in Bristol, Va., sometime in the late 1970’s, when I was a very young Chairman of the Deacons at Euclid Avenue Baptist Church. Dick had come to talk with the men’s group at the church and he and I hit it off right away. One reason is that he brought an intellectual perspective to the Christian faith. Another reason was . . . well, how could you not like Dick Milham?

When Linda and I bought our consulting firm and moved our family from Virginia to Orlando in 1981, Dick was the first person I contacted. I remember we met for lunch at the Steak and Ale, way down on East Colonial Drive, near the old Orlando McCoy airport. We immediately started talking about how we could work together and I had the privilege of working with him for many years. Whenever I had clients with an especially tough nut to crack, I recommended Dick and the next thing I knew, Dick became their trusted friend and advisor, as well. Many of you who are reading this newsletter may have known or worked with him.

Dick was a visionary and used PowerPoint before there was a PowerPoint and he generated tons of energy. In his presentations, he had this large tripod with a huge tablet placed on it and he would make a point to the audience and write in on the tablet and then turn around and yank the page off the tablet and toss it on to the floor and go on to the next point. By the time he finished, he had 15-20 pages of paper laying around on the floor in front of him!

DISC Profile, the Mentor and the Gordian Knot.

In addition to being a friend and business partner, Dick was my mentor. Each of us needs a mentor. In the Odyssey, Homer tells us that Mentor was the faithful, older friend whom Odysseus trusted to look after his family in Ithaca, while he was away fighting the Trojan War. Today, the word has come to mean a trustworthy friend and advisor and I will tell you that there has never been a mentor like Dick Milham. He had an uncanny ability to look at a problem, analyze it and come up with a solution, almost immediately. Like Alexander and the Gordian Knot, he would cut directly down to the heart of the issue. And he had this marvelous insight. One of the many things Dick taught me about was a personality temperament assessment called the DISC profile.

I recall the time that he and I were screening some CEO candidates for a particular organization. We had each candidate take the DISC profile and we found out that two of them were very high D’s, which is a Hard Charging Type A on steroids. I said, “Dick I don’t know if these High D’s can get along with the Board Members because they’re all High D’s, too.” And Dick replied, “No problem, there’s nothing a High D likes better than to go up against another High D. What they don’t like is someone who kowtows to them!” And he was right.

I recall another occasion when I hired a person to work for me and Dick had him take the DISC profile. After he reviewed the DISC results, he called me over and said, “You better watch this guy because he’s going to do a number on you.” And I said, “O no, this guy goes to church, I know this guy, he would never do that.” And then, a year or so later, sure enough . . . boom . . . just like Dick said. I learned that Dick was going to be right almost all of the time, even if he didn’t sound right at the time, and if I disregarded his advice, I would do so at my own peril. I can’t tell you how many times, when faced with a situation, I would think, “I wonder what Dick would say about this.” And I can’t tell you how many times when faced with a situation, my wife Linda would say to me, “Have you talked with Dick about this?”

“What You’ve Had Is What You’re Going To Get!”

A client friend and I were talking one day and he said, “I have a manager who has good skills, abilities, and experience and is doing a really good job in a lot of ways. But I have this sense that he’s never telling me the truth. I ask him to get me some reports on department performance but he never gets them for me and when I ask him why, he says he didn’t understand and didn’t know that’s what I wanted, or otherwise comes up with some implausible excuse. This has happened multiple times. What can I do to change him?” Dick would say that these are character issues that involve truth, trust, and honesty, and that character tends not to change and that the best predictor of future performance is past performance. If this fellow has been a dissembler in the past, he will continue to be a dissembler in the future. “What you’ve had is what you’re going to get.” Straight, hard-hitting advice – character issues tend not to change and if you have a character-challenged employee, the only two alternatives are (1) live with the situation as it is, or (2) find another employee, because this one is not going to change.

The Story of the Hurricane

And I remember the story of the hurricane. Dick said that when he was a boy, a hurricane was coming through Orlando, and right in the middle of it, he took off his shirt and ran out into the front yard and faced the brunt of the hurricane as it came right at him. When his mother asked him why he did it, he responded by saying, “The rest of my life, whenever I hit a tough time, I can say to myself, no problem, I just whipped me a hurricane!”

My favorite Dick Milham story is “Who’s Got the Monkey,” and even today when I tell this story to my clients, I see a subtle smile of recognition. Dick would sometimes carry a stuffed monkey around with him and would say to his clients, “Whenever you finish your conversation with someone, somebody is going to have the monkey. Make sure it’s the other person who has the monkey,” which is to say that whoever has the monkey has the responsibility and has to make the next move. I recently used this story to talk with a client who was about to have a performance review with a very High I DISC pattern, which is the pattern that feels more than thinks and often acts on emotion. This is a good pattern in many ways but when it is extreme, it can result in a person who does not take responsibility – it’s always the other person’s fault. Make sure the other person has the monkey and the responsibility for the next move.

Dick loved to tell stories because he knew that stories draw pictures that stay with you long after you heard him. I remember him talking about expectations and he would say, “Set your expectations high because you’ll never rise above your expectations. How much success can you stand this year?”

None of this “I hope it works” stuff for Dick – expect it, and then go out and get it. Two other key Milham principles are “We’re all good in different ways” and “You can’t answer an irrational question with a rational response.”

Dick’s favorite philosopher was Soren Kierkegaard and I remember that he would sometimes quote Kierkegaard in his presentations. Here’s a quote from Kierkegaard that I think Dick would like –

“If I were to wish for anything, I should not wish for wealth and power, but for the passionate sense of the potential, for the eye which, ever young and ardent, sees the possible. Pleasure disappoints, possibility never. And what wine is so sparkling, what so fragrant, what so intoxicating, as a possibility!”

The principles Dick taught and the values by which he lived his life still resonate with us to this day and my hope is that they will be helpful to you. Please contact Sandy or your Seay Management Consultant if you have any questions about Human Resources Management or employment issues — chances are we’ll be quoting Dick Milham somewhere along the way! And visit our website for important management advice and guidance on other key employee issues and for back issues of the Seay Management Report. We appreciate having you as a valued client of our firm and look forward to talking soon. And remember, “Set your expectations high because you’ll never rise above your expectations.”

Thank you for filling out our contact form. A consultant will be in touch with you shortly.